How Much are Canadians Saving? What are we Saving For?

A survey recently conducted by BMO shows that while Canadians are planning on saving more of their money this year, they may be saving for the wrong things. 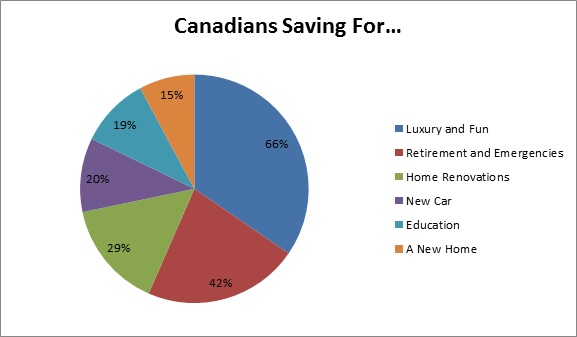 As you can see from the chart above, the category that Canadians are saving the most for are luxury and fun, with retirement and emergencies coming in second. And what might be even more disconcerting about that is the fact that BMO lumped both retirement and emergencies in as one category, when clearly they are quite different. So if you were to break down that category even further, the percentage of Canadians saving for the most important things in life is quite low. 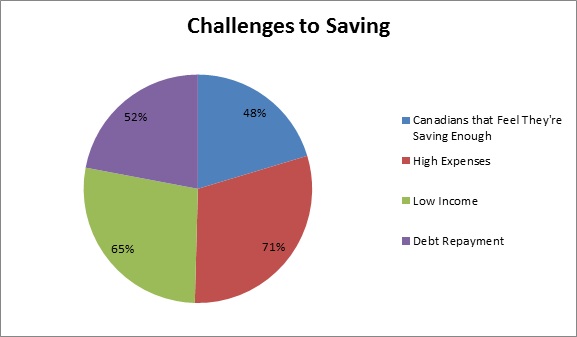 But some Canadians are finding it hard to save for anything at all. As you can see from the chart above, only 48 per cent of Canadians feel as though they’re saving enough, with the majority of Canadians claiming high living expenses as their barrier to socking money away.

It is encouraging however to note that the study also revealed that the amount Canadians are saving has also gone up – a total of 7 per cent. Last year while Canadians said they were going to be saving an average of $9,179, this year that total went up to $9,859.

So those Canadians that are putting money away, whether it’s for their future or just for their next vacation, what type of savings vehicle are they using? 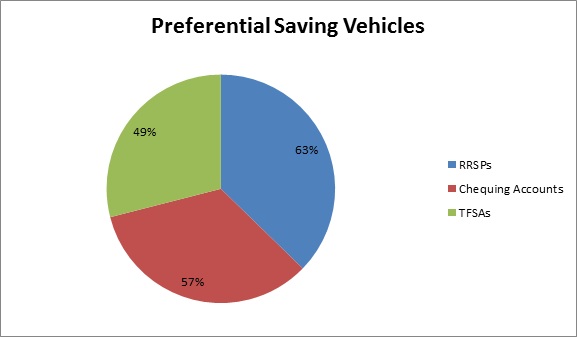 As you can see from the chart above, RRSPs still rule as the most preferred type of savings vehicles (which is either contrary or bad planning, considering how few of us said we’re saving for actual retirement.) Chequing accounts come in at a close second, with nearly half of Canadians still needing to get fully comfortable with TFSAs.

As an interesting side note, the survey also showed that men seem to be better at saving than women – with a difference of over $3,000 between the two. 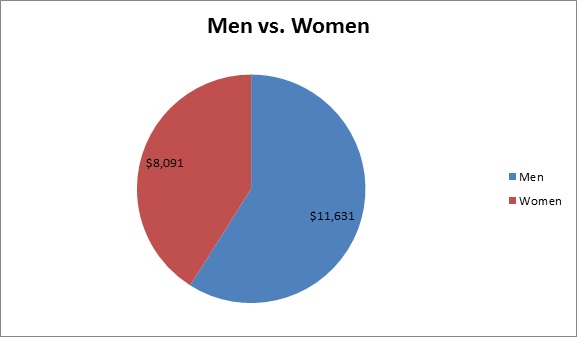 And in addition to that, the poll results also found that Albertans are the best at saving between the provinces, with an average of $18,035 per person. Quebec on the other hand was the lowest, with the average saving being just $5,477.

In a statement released along with the survey results, BMO stressed to Canadians that while saving for luxury and fun items might be the most tempting to thing, it’s important that we realize what our true priorities are. The statement was released by Ernie Johannson, senior vice president of Personal Banking at BMO and said,

“It is sometimes difficult to balance financial priorities and responsibilities with spending on items and experiences we enjoy. However, given the economic realities, it is key that we don’t let the nice to-dos overshadow our must-dos. Having a balanced savings approach allows us to live for today while saving for our future goals.”