Surprised? Alberta will Lead the Country in Economic Growth Next Year

Those who have been following the economies of different provinces within the country won’t be shocked to find out that the booming province of Alberta is set to lead the nation in economic growth next year. This data comes from a recent forecast by RBC Economics. 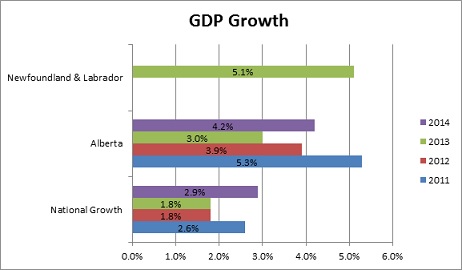 That forecast stated that while Newfoundland & Labrador are currently leading the country in GDP growth, Alberta will take that position next year. This backs up data released by Statistics Canada last week stating that Alberta would lead all provinces in economic growth for the second year in a row in 2012. 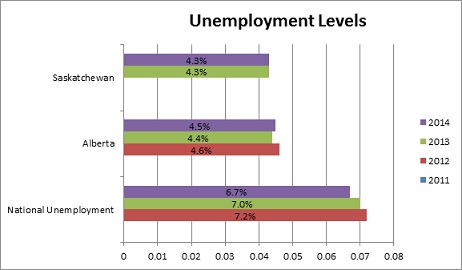 Helping to fuel that growth, says the RBC forecast, is the fact that Alberta also enjoys one of the lowest unemployment rates in the country, coming in just behind Saskatchewan (another province that’s been seeing its fair share of booming activity); and that this is also a trend that’s been seen for the past two years in a row. Both Saskatchewan and Alberta have unemployment rates much lower than that of the national average. 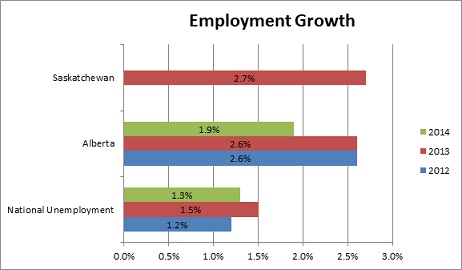 Of course with high unemployment rates often comes high employment numbers, and Alberta leads the pack in this category as well. Behind only Saskatchewan this year, Alberta is set to lead the nation in employment levels next year.