A Look at Early Christmas Shopping, and how It’s Done

We all know that getting at least some of your Christmas shopping done early can be a big help when it comes to saving that  budget. And it can also help when you’re shopping online trying to get things in before the big 25th hits. So today we look at those two very important elements of Christmas, and where Canadians stand right now. The results come from two surveys done by two different companies – Deloitte Canada and Ernst & Young. And while some of their results might differ, they’re mostly the same throughout. 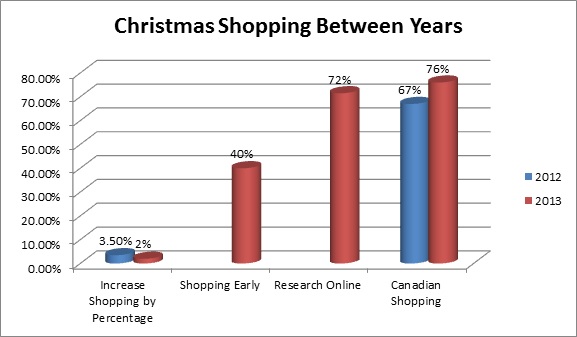 When it comes to early Christmas shopping, almost three-quarters of Canadians said that they were planning on crossing at least a few of those names off their list before December hits. While only 2 per cent said they were going to do this last year, that’s up by 3.5 per cent this year.

“If you really want the best price, you would be buying now,” says Brent Houlden of Deloitte. “We’re optimistic that the consumer will be out shopping, but no one is going to clean up because it’s not crazy shopping. People are just spending slightly more and there’s many more places to spend your money now.” 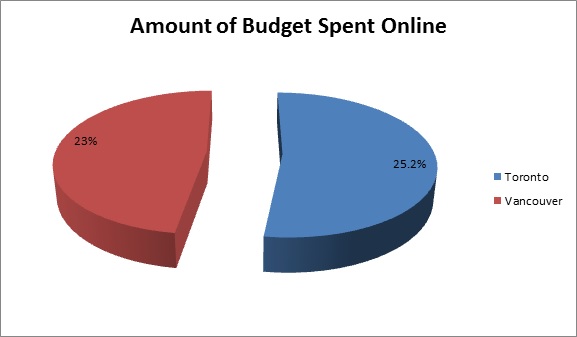 But those buying online do expect much better deals than what they’ll find in the store.

“Online customers are even more price sensitive and interested in promotions than their traditional consumer counterparts,” says Daniel Baer from EY. “People want things almost immediately. We’re going to see more of buy online and pick up in the store.”

But those stores will be in Canada. Deloitte’s survey found that 76 per cent of people will be staying in Canada to do their shopping rather than traveling across the border to do so. That’s up considerably from only 67 per cent of those who said so the night before.

While neither survey asked Canadians how much they were planning on spending this year, they did ask how much of a person’s budget they were going to spend online. The Greater Toronto area came out on top in that category with 25.2 per cent saying they were going to shop online, while Greater Vancouver came in second, with 23 per cent of people’s budget being spent on the Internet.

Where do you fall within these results? Are you planning on spending any money online this holiday season? And so you plan on going across the border for any of it?