How Many Consumers are Going Black Friday Shopping?

Cross-border shopping is something that many Canadians can say they’ve done at some point or another in their lives. While there was a dip in consumer spending across the border for a small period while people adjusted to new passport rules, and the exchange rate simply didn’t make sense, the trend of going to the United States to pick up some deals is definitely one that has come back in style. Recently a survey done by the Bank of Montreal shows that more of us are going to the U.S. to do some Black Friday shopping than those of that did last year. 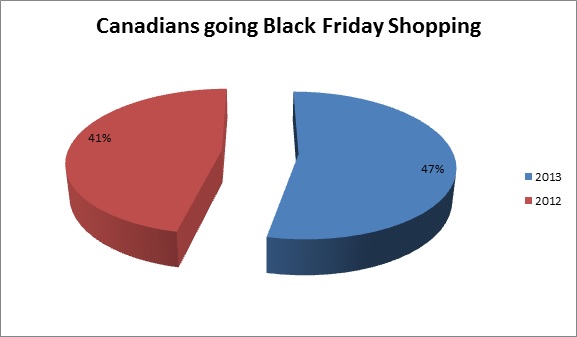 As you can see from the chart above, 47 per cent of Canadians will be going Black Friday shopping in the States this year, six per cent more than did the same last year. And Laura Parsons says it’s because that’s the place Canadians are finding the best deals.

“It’s terrible to say,” says the BMO finance expert, “but some of the selection in the U.S., the unique items, is what’s driving us south to do our Christmas shopping. The outlets aren’t here in Canada, and things are probably a lot cheaper there than in Canada.” 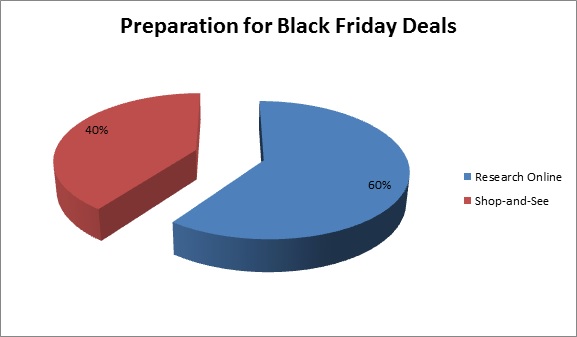 The majority of those who do plan to shop across the border though, are planning on doing the research before they head out to make sure that they get the best deal possible. That amount includes the researching they’ll do prior to Cyber Monday, a day when most of the deals you’ll find will be found online.

The biggest tip for those heading out is to not only do that researching before you open your wallet, but to also leave early and give yourself plenty of time. If Canadians are to be disappointed by the Black Friday shopping deals they find (or don’t find,) it’s best to leave early as stores very often run out of sale items very quickly.

Are you planning on heading across the border to shop on Black Friday? Is it part of your early Christmas shopping strategy?  How much of your Christmas list do you think you’ll get crossed off if you do?