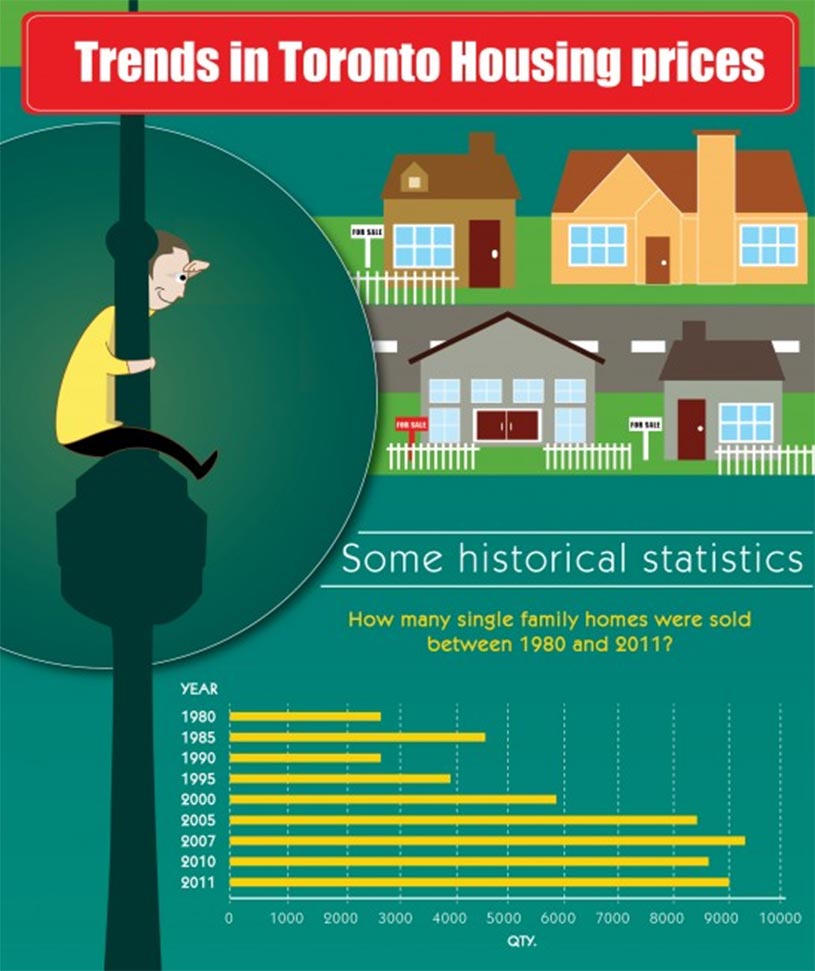 What Factors Affect the Toronto Housing Market? Where does it Stand Today?

There are a number of factors that affect the Toronto housing market. Those factors are always at play, they’re always changing, and they can be overwhelming. So just what are those elements that are constantly evolving? What can we learn from the effects they’ve had in the past; and where does Toronto’s housing market stand today? These are just the questions we’re out to answer.

Interest rates are one of the biggest determining factors of the Toronto housing market; and more specifically, the Bank of Canada’s overnight lending rate. This is the rate banks and lenders use when determining the interest rates for their own mortgages, second mortgages, refinancing, and other home loans. When the overnight lending rate is low, lenders can offer mortgages at much lower rates, and this increases demand – the next factor at play in Toronto’s housing market to be examined. 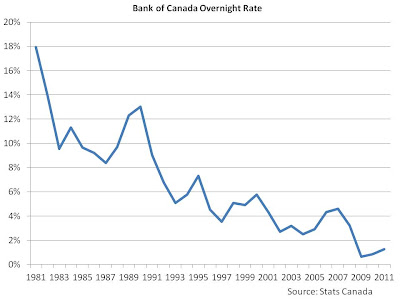 Right now, interest rates are still at the historical lows Canada has been enjoying since 2008. While this would typically keep the market hot, new government regulations have also been put into place that will keep demand at a reasonable, and manageable, level.

Demand goes hand in hand with interest rates when it comes to the factors that affect Toronto’s housing market. When interest rates are low, demand is going to be the greatest, as consumers are going to want to lock into those low rates when possible. Demand can also come from several different demographics during different periods, and this too will affect the housing market. The future trends for Toronto predict that older generations, such as baby boomers, will stay longer in their homes; while new immigrants and young people will continue to fuel the market.

Immigrants, and population growth are in fact, one of the strongest supporters of Toronto’s housing market. 75,000 immigrants come to Toronto every single year; and as you can see from the chart below, population growth has been on an upward climb for the past twenty years. 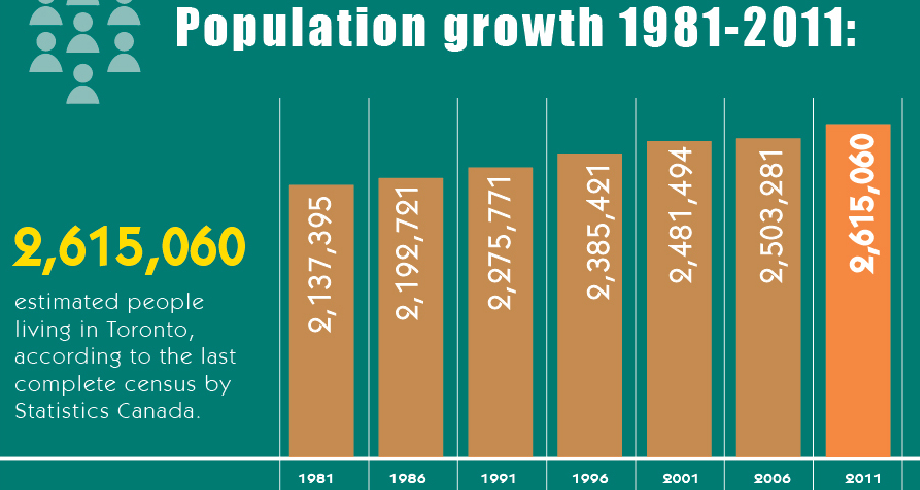 This population growth does bring new demand to the market. And while demand is a necessity for demand in any market, too much of it and it can quickly skew housing prices. That’s shown in the chart below. 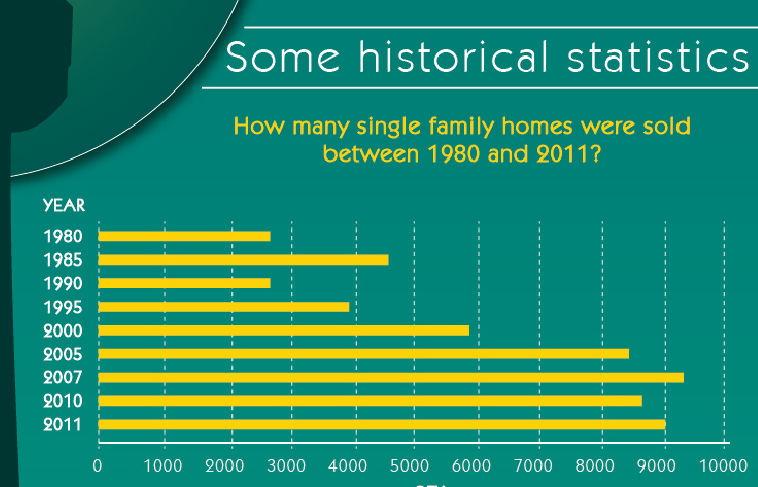 Comparing this chart with the population growth chart, you can see that during the years of 2006 – 2011, Toronto has seen its highest population growth to date. At the same time, it was also during that period that the most amount of single family homes were sold during that time. However in 2011 it begins to taper off, and that’s going to continue to decrease; while population growth will continue to increase. This is because new federal regulations have been imposed that will soften the market for the next two to three years.

So whether it’s through population growth, interest rates or otherwise, this demand has a dramatic effect on home prices. When demand is high with many buyers on the market, sellers have a lot of say in how much they accept for their home; and this sends home prices rising, as you can see from the chart below. 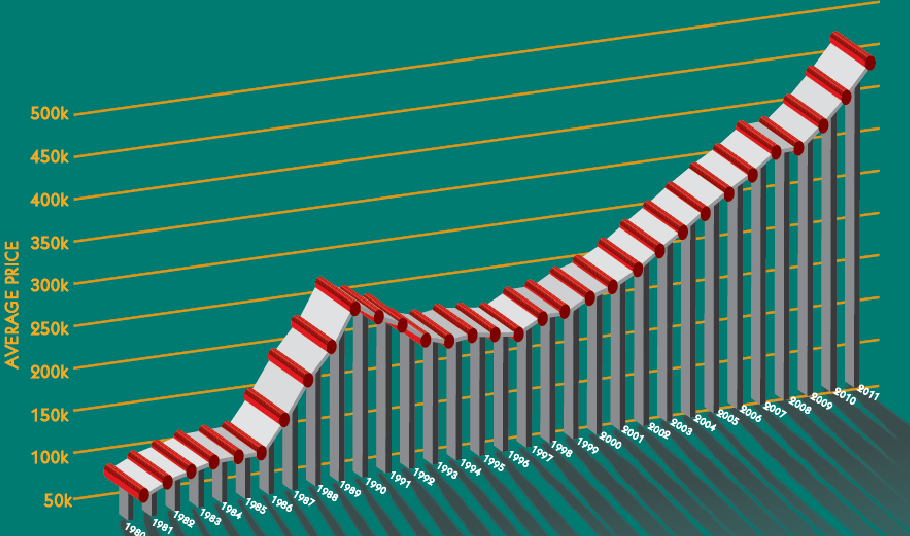 While home prices were lower in the 1980s, they had a small peak in the early 90s, just before the great recession of that decade. They continued to remain fairly steady, seeming to rise quite in line with inflation; but then the early 2000s hit, and that was when the real rise that we’ve been seeing began. In fact, not even the Great Recession of 2007-2008 could do much to cool the market. While Toronto housing saw a slight, and brief, dip during this period, it didn’t take long to rebound.

Since that time, Toronto’s housing prices have been on an upward climb, especially since 2010, when historically low interest rates came into play, once again sending demand soaring. But while that interest rate has only risen half a point, and has been standing at 1 per cent for the past two years, there’s still a softening expected for Toronto’s market. This is partly because housing prices can only climb for so long before most are priced out of the market anyway. This is shown in the chart below, which shows that most buyers are looking in the $300,000 – $400,000 range. 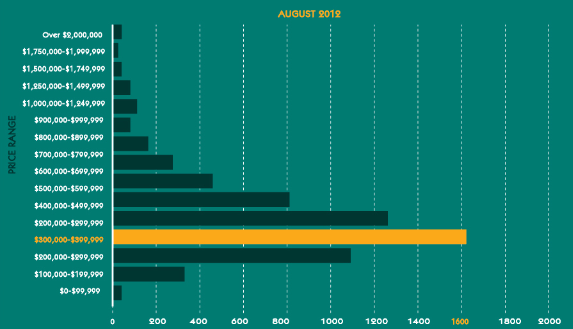 However, overpriced properties simply aren’t enough to keep interested buyers out of the Toronto market; and normally they wouldn’t be. However, the new mortgage rules that were put into place this year makes mortgage insurance much less accessible, and requires buyers to have a much larger down payment. This is going to be the biggest cause for the softening that’s to come for the Toronto market; and they’re going to prove to be one of the biggest factors. Over the next two to three years, Toronto home prices are expected to drop anywhere from 10 to 15 per cent, many analysts say.

In Short, the Factors that Affect Toronto’s Housing Market

Those are mostly interest rates, the demand currently on the market, population growth, government regulations, and housing prices. However, if you really want to know why Toronto’s housing market is where it is; and where it’s headed, you first have to know where it’s been.