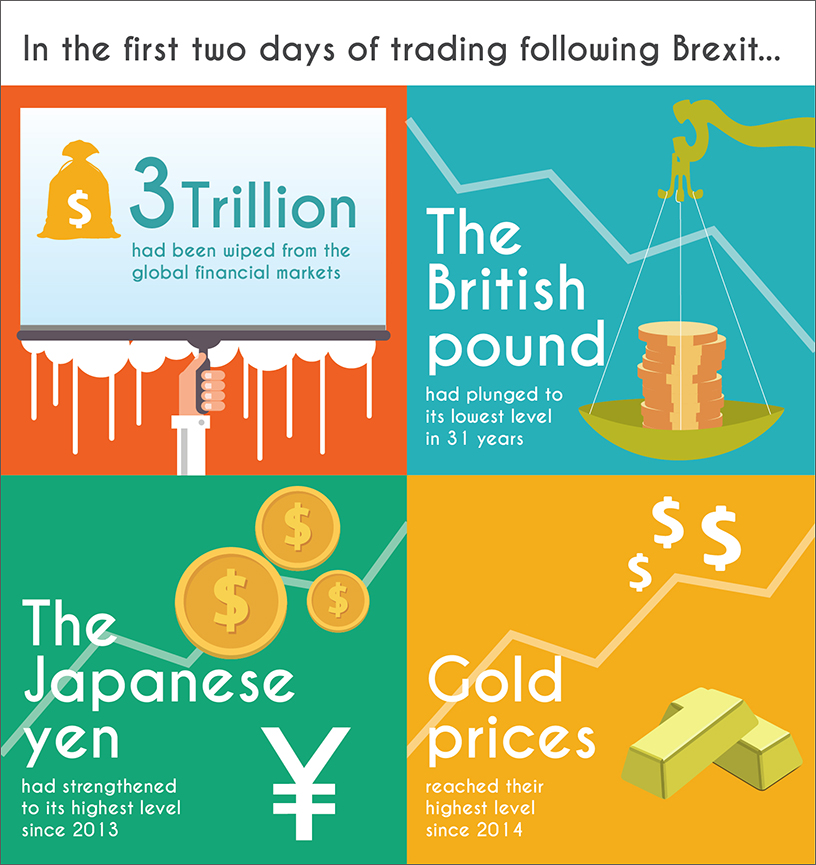 The United Kingdom’s Brexit vote to leave the European Union last month dealt a massive blow to the financial markets, as heightened economic and political uncertainty triggered unrest across the globe. The aftershock of the referendum will have a prolonged impact on the global economy, including real estate.

Canada’s housing market is in the midst of an unprecedented boom, as the combination of rock-bottom interest rates, household equity and foreign investment has created huge demand for real estate in most major urban centres. While Britain’s decision to quit the EU may not impact Canada directly, the divorce has created tension about the economic and political future of the world economy.

Brexit: A Decision Felt Around the World

On June 23, 2016, Britain voted to exit the EU in a dramatic referendum that ended 43 years of EU membership. The move shocked experts, political analysts and pollsters, who were widely expecting the “Remain” camp to prevail after a series of public opinion polls showed growing support for remaining in the 28-member union. 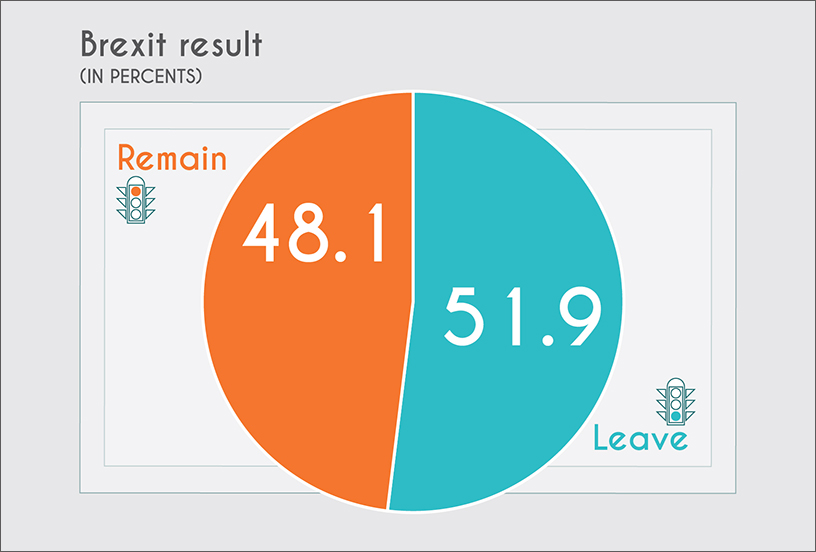 In the first two days of trading following Brexit…

So, how will Brexit impact Canada? Below are four developments we’re closely watching.

The Canadian economy is already reeling from weak commodity prices, high unemployment and raging wildfires in the country’s oil sands region, which have taken millions of barrels of oil offline since May. The Bank of Canada has warned that the Alberta wildfires will push the Canadian economy back into recession in the second quarter.

Against this backdrop, the Brexit saga makes an even more compelling case to keep interest rates at historically low levels. The United Kingdom is Canada’s fourth largest trading partner. By most accounts, Britain could be headed for a recession in the short-term as a result of its decision to leave the EU. This could impact the $16 billion worth of Canadian goods that flow into Britain each year.[1]

As we’ve grown to expect, rock bottom interest rates are expected to keep mortgage lenders busy for the foreseeable future.

Uncertainty in Europe could bring more investors to Canada

Although there are little guarantees about how Brexit will play out or how it will impact both Britain and the rest of Europe, growing uncertainty could push investors to other shores.[2] Real estate remains a very attractive investment globally, and investors continue to look for stable markets with consistent growth. Even multinational investment banks and insurance companies are adjusting their “all-weather” portfolios to include a greater share of real assets, which includes real estate. That’s because real estate is perceived as a safer investment than equities and commodities during these turbulent times.[3]

Canadian house prices rose 13% in May from a year earlier to reach their highest level on record.[4] Foreign interest in Canadian real estate is growing and could receive an even bigger spike in the short-term should risk-averse investors think twice about purchasing in Europe (especially London).

While uncertainty could certainly push investors away from Europe in general and Britain in particular, it can also lead to lower house prices that inevitably draw investors back into the fold. Economists have long cited British real estate as one of the biggest casualties of Brexit, at least in the short term. A cooling UK property market, which is extremely popular for foreign investors, could lead to greater investment opportunities for those betting on a revival somewhere down the road. Investors willing to stomach post-Brexit volatility may be able to lock-in British real estate at enviable prices.

One of the most immediate impacts of Brexit is the uncertainty it is creating in the financial markets, which Canadians rely on to grow their pensions and overall wealth. The global financial system will be prone to huge spikes in volatility so long as Britain is without a clear plan for rebuilding trade relations with Europe following its full withdrawal from the EU. This process is expected to take a very long time. The British government still needs to invoke Article 50 of the EU Treaty, which gives both sides two years to agree to new trade terms. With British Prime Minister David Cameron announcing his resignation by October, triggering Article 50 isn’t going to occur until his successor is announced (and even then, the Brexit Conservatives have long vowed to take their time in negotiating a new deal).

Whether we like it or not, Brexit will become a permanent fixture of global financial discourse. This says nothing of the possible contagion it might trigger now that the continent’s second biggest economy has pulled out. This has many investors asking, who’s next?