Canadian Mortgages Are Ballooning to Keep Up With House Prices

Since 2007, the average residential mortgage in Canada has surged 71%, placing even bigger strain on households.

Canada’s mortgage industry has expanded over the past nine years, growing in lockstep with surging house prices. This has some in the mortgage industry concerned that a housing correction could replace the oil crash as Canada’s top concern.

However, this doesn’t necessarily mean that banks are financing all of the growth in house prices. Between 2007 and 2016, the average mortgage amount has risen $75,443, while the mean home value has surged $209,190 – nearly three times as much.[2] 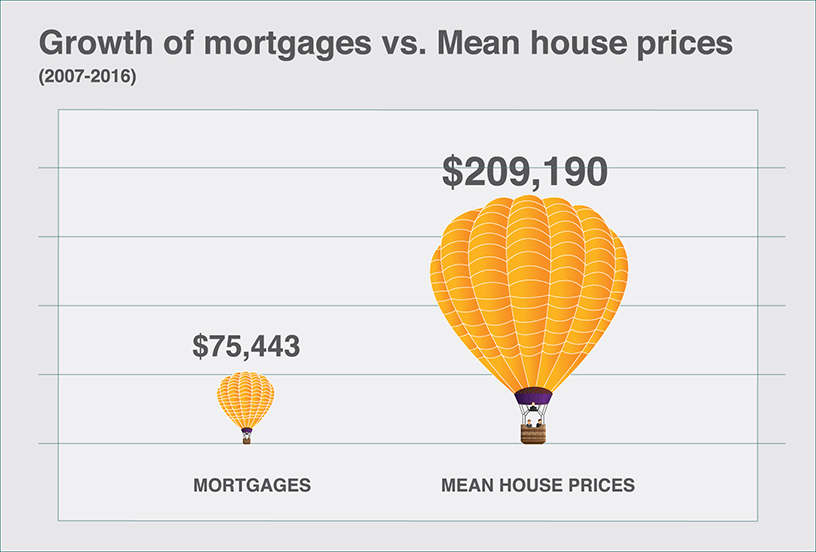 It should be noted that average home prices have eased somewhat in recent months. By July, the average price of a Canadian home sold on the market was $480,743, up nearly 10% from a year ago. The BC government’s recent tax levy on foreign buyers in Greater Vancouver is largely responsible for the broad cooldown.[3]

According to Mortgage Professionals Canada, an industry group representing more than 11,000 members, there’s little evidence of a housing bubble brewing anywhere across the country. The main challenge, they contend, is tighter mortgage regulations that can reduce access to high quality financing.

“There is a risk that changes in policies of lenders or mortgage insurers that reduce access to mortgages could cause an unnecessary drop in housing demand and housing prices, and bring consequent economic damage,” Will Dunning, chief economist of Mortgage Professionals Canada, said in a 38-page report released earlier this summer.

His comments came after Ottawa’s finance minister Bill Morneau called for a “deep dive” into the nation’s housing market.[4]

Canada’s “Big Eight” financial institutions may control the lion’s share of the country’s banking industry, but non-bank lenders have seen their share of the mortgage market surge in recent years. According to a redacted briefing note to Finance Minister Morneau, non-bank mortgage lenders now control 15% of mortgage originations in Canada. 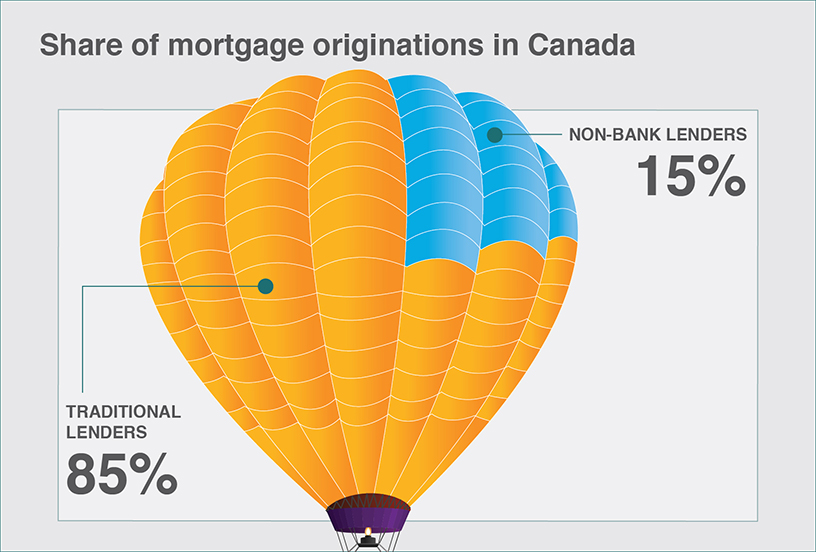 Released under the Access to Information Act, the document showed that the combination of low-cost business models, expanding influence of brokers and access to securitization from the Canadian Mortgage and Housing Corporation (CMHC) is largely responsible for the sudden surge of non-bank lenders.

Ottawa is monitoring the growth of this market, but says it does not pose “systemic concerns at this time.” In fact, non-banker lenders appear to be “enhancing competition in the mortgage market,” which is to the benefit of consumers.[5]

Keeping Tabs on the Economy

Canada’s economy is under a lot of pressure, but rather than reduce interest rates even further, the Bank of Canada (BOC) has opted to hold them steady and warn Canadians about ballooning household debt. Experts say that cutting interest rates could send the wrong signal to consumers, who have become increasingly reliant on easy credit to fuel everything from car purchases to education. The BOC has warned that high household debt is the single biggest threat facing our financial system.[6] The housing market may not be in a bubble, but the affordability crunch could be cause for greater concern.