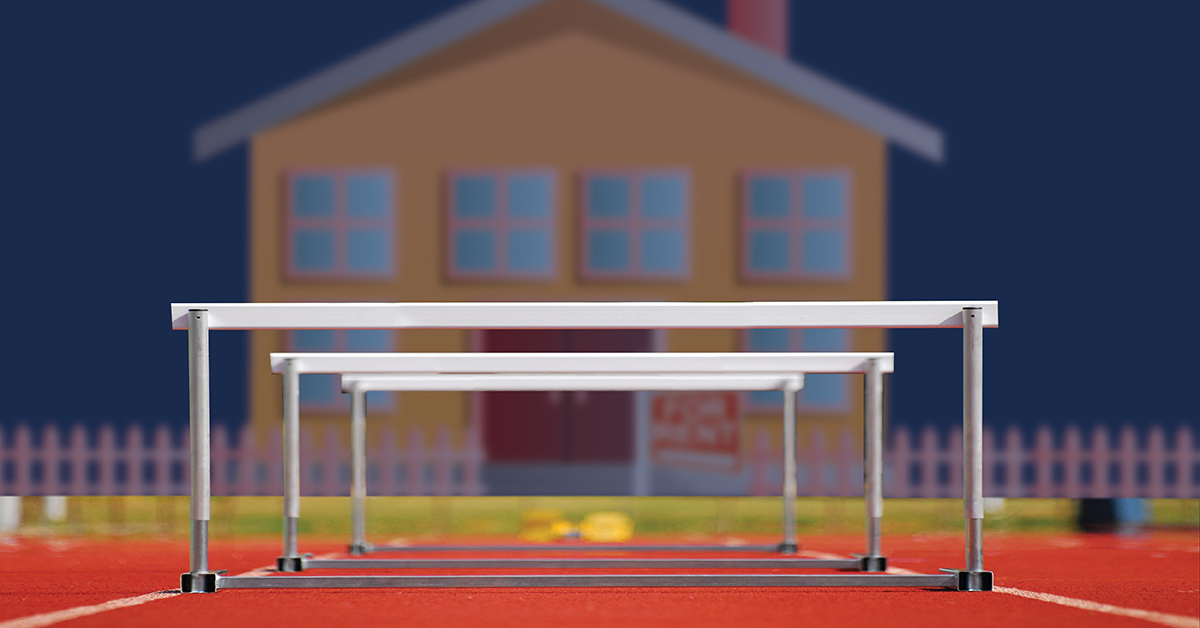 Movements in the rental market are great indicators of the state of housing affordability. When people can’t afford to buy, they rent, and when there’s an influx of renters in a sector with limited housing supply, landlords are able to charge more.

The apartment-hunting platform, Rentals.ca, reported that, on average, Toronto tenants are allocating 42% of their income to rent—unsurprising given that landlords are charging an average of $2,571 per unit. With prices seeing double-digit increases, Toronto residents find their household budgets getting tighter and tighter every year.

The same report puts the national average asking price for property listings at $1,914 per month. While prices have been on the decline, with a rental average of almost $2,000, many Canadians are still in danger of being left out of the housing market entirely, whether they intend to rent or buy. According to Daniel Tencer, senior business editor of HuffPost Canada, a monthly mortgage payment costs an additional $1,000 more than rent. With a median salary of $5,905, the average Canadian will have to spend nearly half of their income on mortgage payments if they want to buy. That’s way above the 30% income allocation that’s considered to be an affordable monthly amortization.

Thus, any improvements are welcome to the stakeholders of the real estate industry. Housing affordability in Canada has finally begun to see positive trends, thanks in large part to depreciating interest rates and appreciating wages.

Interest rates are falling—a phenomenon that isn’t necessarily endemic to Canada. Globally, lenders are competing for market share, with private creditors attracting more and more borrowers. In the Canadian context, private lenders have the capacity to offer more flexible terms in comparison to banks. Mature private mortgage firms even take on an advisory role—services that go way beyond helpful mortgage calculators. Good private lenders and brokers provide competitive rates, but the best ones find financing solutions that allow home buyers and investors to maintain healthy cash flows and credit histories.

Additionally, wage growth saw its best acceleration since 2009 this past year. As of June 2019, the average wage growth was at 2.8%, and with the rate of inflation at 2% or less, the wage hike also translates to greater purchasing power.

These economic factors have resulted in a lower MPPI or mortgage payment (on a typical home) as a percentage of income. The metric fell by 3.6 points in the second quarter of 2019, a massive leap from just a 0.7% decline in the previous quarter. While MPPI does not necessarily capture the average size of debt principals, its recent slump means that people are spending a smaller chunk of their income on mortgages, and more households are seeing their monthly budgets gain some much-needed breathing room.

Despite these improvements, however, it bears mentioning that interest rates and wages alone cannot fully address issues with housing affordability. Improvements are not synonymous with solutions, which spring from infrastructural and regulatory strategy, not circumstantial movements in the market.

The problem of supply has yet to be successfully addressed. Population growth, driven both by local birth rates and immigration, has resulted in a greater demand for housing, one which supply is struggling to meet.

The shortage can be explained by several factors. One is that construction costs have risen; wages, as mentioned, have recently experienced a growth spurt, and the cost of materials has been affected by global inflation. Bigger expenses mean thinner (or, in some cases, nonexistent) margins for developers, who have subsequently been abandoning ongoing projects and discouraged from starting new ones. Buyers who bought pre-construction units are being refunded their capital, but they are still left without the asset for which they’ve been working to pay. To rub salt on their wound, after having their liquid resources tied up for years, they now have to repurchase in a more expensive market.

Speculative buying by foreign investors has also hiked up real estate prices. Attracted by low interest rates and Canada’s stable economy, they purchase properties on which they have no stakes aside from financial; in other words, since the assets are neither on their home soil nor serving a demographic of neighbours and countrymen, they have little incentive to keep rents down and quality of maintenance up.

Meanwhile, Canadian homebuyers are having to compete with one hand tied behind their back, the stricter mortgage rules making it more difficult to acquire loans. The new stress test for borrowers requires them to qualify at interest rates 2 points higher than stated in their contracts.

Political leaders are under pressure to address the issues surrounding housing affordability. The Liberal party, for example, is proposing a 1% speculation and vacancy tax on foreign-owned properties. The hope is that this will level the playing field for residents whose interests need to be prioritized.

The First-Time Buyers Incentive, a shared equity program aimed at reducing homeowners’ monthly installments without increasing their initial down payment, is another government attempt at alleviating affordability woes. Under this program, eligible buyers may apply to have part of their loan shouldered by the Government of Canada in exchange for a portion of home equity. The caveat is that the “subsidized” amount is still to be repaid after 25 years or upon the sale of the property. Moreover, some critics maintain that the program straddles the line between regulation and the free market, believing that the government should stay out of people’s mortgages.

Subsidized housing, which was a program active in the 1980s, is one of the possible solutions proposed by non-partisan experts and analysts. However, such a program is expensive, which is why political leaders are hesitant to propose it.

Such challenges highlight the complexity of housing affordability issues, but rather than wait for solutions to happen at just the right time, in perfect synchrony, the private sector has stepped in to provide alternative measures. In light of the market challenges, lack of solid political will, and the new mortgage rules that cooled the real estate market, private debt has been the lifeline of Canadian homebuyers with the ability to pay but without the qualifications required by banks. In the private mortgage category, financial ingenuity, value creation, and a willingness to work with borrowers keep the Canadian dream of homeownership alive.